First published by The Straits Times, on 08 December 2018 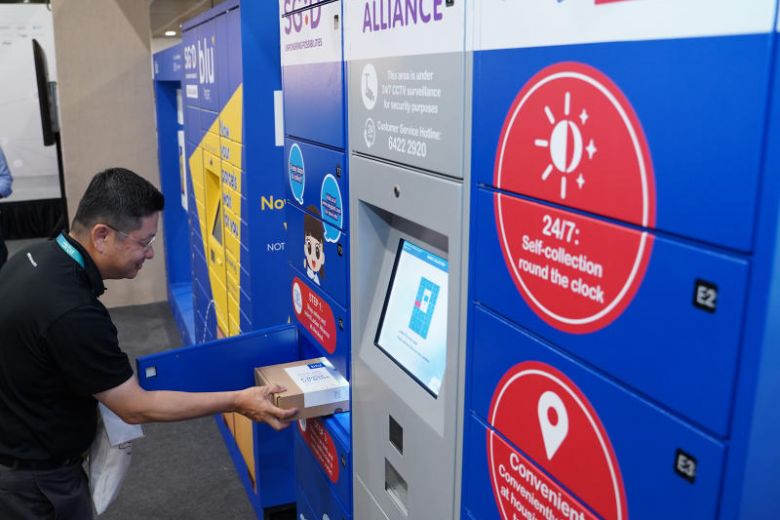 Customers of online retailers such as Lazada, Qoo10 and Taobao, who live in Punggol or Bukit Panjang, can, for the first time, choose to collect their purchases from lockers at their Housing Board blocks.

The move is set to provide greater convenience to consumers, who no longer need to wait for deliveries and can access the lockers at all times. It is a key step in the Federated Lockers Network and Collection Points Programme, which was announced in 2016 by Deputy Prime Minister Tharman Shanmugaratnam.

Under the pilot, there are currently 62 locker sites at HDB blocks across Punggol and Bukit Panjang.

Lockers have also been set up at four MRT stations in the west - Bukit Panjang, Chinese Garden, Lakeside and Boon Lay - and another four in the north-east - Punggol, Sengkang, Buangkok and Hougang.

Locker Alliance now has 15 companies on board, including locker operators Singapore Post and Blu, as well as online merchants such as Lazada, Qoo10 and Taobao.

Statutory board Infocomm Media Development Authority (IMDA), which launched the pilot, said talks are ongoing with different industry players to join the project.

Said research analyst Wayne Lau, 27, an online shopper: "The lockers make sense, and I would rather use them than miss the parcel delivered to my home, which can be frustrating."

A unique feature of Locker Alliance is an interoperable platform that offers access to different industry players - from locker operators to logistics service providers to e-marketplaces. Lockers are currently owned by different operators, each with its own computer systems, which limits delivery efficiency.

When Locker Alliance is implemented islandwide, logistics service providers can expect to see a 50 per cent reduction in distances travelled by delivery drivers and a fivefold increase in the number of parcels that can be delivered a day, said Mr Tan Kiat How, chief executive of IMDA. "This, in turn, will support the exponential growth in e-commerce locally and regionally."

Revenue in Singapore's e-commerce market is estimated to be more than $5.5 billion this year, and is projected to nearly double in the next four years.

Dr Janil Puthucheary, Senior Minister of State for Transport, and Communications and Information, said at the launch of the pilot at Oasis Terraces, an integrated development in Punggol and one of the locker locations: "Every time you have a missed connection, you require another trip. This adds to congestion, the demand on parking spaces, on loading and unloading bays."

Future applications of Locker Alliance may even include laundry and medication, IMDA said.

This article was written by Derek Wong and first published in The Straits Times.